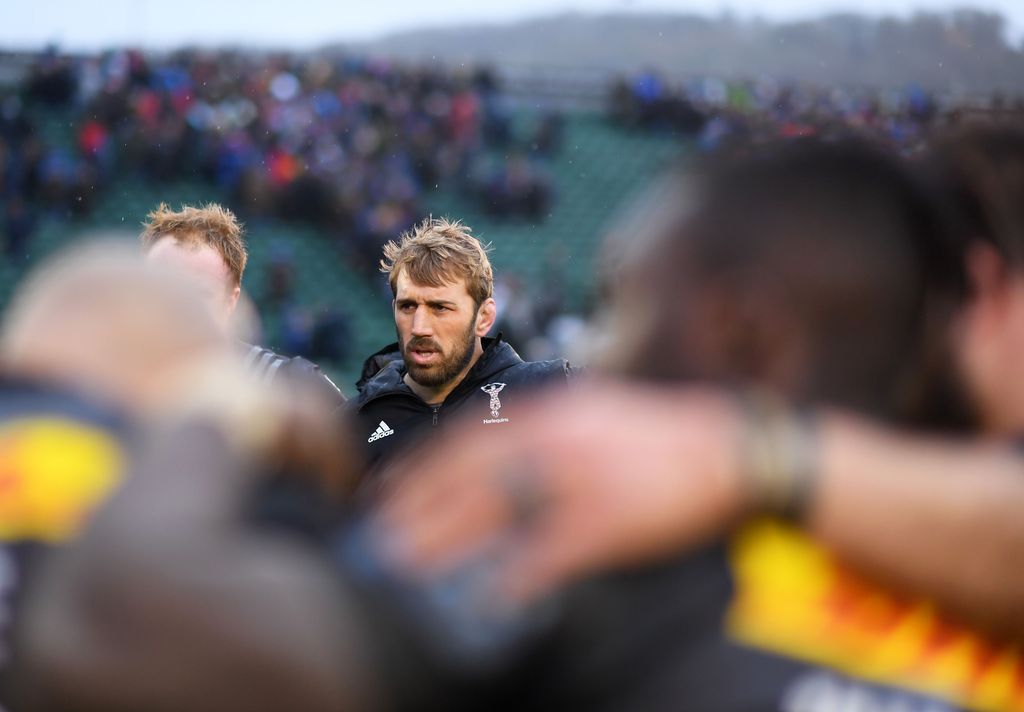 Former England captain Robshaw tells World Rugby what motivated him to leave Harlequins and cross the Atlantic to ply his trade in Major League Rugby. To read this article in its original format on World.Rugby, click here.

For the first time in his career Chris Robshaw will be taking his game out of his native England. The flanker, who has captained England more times in its history than anyone but Will Carling, will move to San Diego, California, and play for the Legion of the United States’ blossoming union, Major League Rugby.

The MLR’s third season was cut short due to health concerns stemming from the novel coronavirus, and its fourth season is expected to resume in February of 2021. San Diego were undefeated in five games throughout 2020, emerging as title favorites after a loss at the death in the 2019 season’s championship game. Those were two of the factors – the freshness of Major League Rugby, and San Diego’s success in it – that drew Robshaw to the United States, and to the Legion.

“I’ve always wanted to live abroad,” Robshaw explained. “For me and my wife it was a good opportunity while I’m still playing well, while I’m still playing 80 minutes every week, to explore those options. What made playing in America attractive is, [the MLR] is new, it’s exciting. The league will only be in its fourth season, so there’s a huge amount of excitement there. Southern California isn’t a bad place to live either, so I hear.”

True, the scarves and coats can likely be left in storage as Robshaw and his wife, singer Camilla Kerslake, head for the sunny skies of San Diego. But it’s not just the weather that drew the 15-year Harlequins veteran, it was an opportunity to connect with a new community and help develop a growing sport.

For a player that’s been very public about living with dyslexia, learning a new language and playing in a country where English is not the primary language presented a challenge that would have left a hole in experiencing a different part of the world.

“If I went to France or Japan, I think I’d really struggle with language,” he said. “When you go somewhere you want to fully embrace the culture, fully dive headfirst into it, and immerse yourself in it.

“If I went to one of those places, I would have struggled with the language, struggled interacting. Whether it be in the gym, a little bit of banter here and there, or going for coffee with the guys, I want to go somewhere we can fully enjoy it. We hope that we do have that opportunity in San Diego. To leave London it needed to be somewhere pretty special, and I think I’ve hit the jackpot with that.”

‘GIVING BACK AND HELPING DEVELOP THE GAME’

In speaking with one of the Legion owners, Darren Gardner, the team’s commitment to the local community and grassroots rugby culture also presented a perfect fit for Robshaw.

“One of the things Chris said he was really excited about was giving back and helping develop the game and the youth aspect of it,” Gardner detailed. “We have our own academy, we have a foundation where we work with a lot of schools, as well as a series of programmes where we’re taking rugby into the community and trying to promote it and get kids to play.

Developing rugby at the grassroots level is a challenge MLR teams have met head-on and reaped the rewards stemming from these higher-profile signings. South Africa’s Tendai “The Beast” Mtawarrira expressed similar interests in Washington DC with Old Glory and was working at youth camps practically from the moment he stepped off the plane.

San Diego witnessed first-hand the impact Ma’a Nonu had on his teammates in the backline, which includes capped Americans Nate Augspurger, Dylan Audsley, Maceo Brown, and Malon Al Jiboori, and hopes to see similar effects in the forwards.

“The addition of one of Ma’a Nonu, one of the best ever players in his position, created a buzz and excitement and an opportunity for learning that you don’t often get as a professional organization,” Gardner said.

“So when we found out that Chris was interested in coming to the U.S., we reached out. We have some guys coming through that are really talented back row players in Psalm Wooching and Keni Nasoqeqe that are really important for what we’re doing as an organisation. Being able to bring in a player of Chris’ caliber and experience, and a generally good guy, to be part of that leadership group was exciting to us.”

For his part, Robshaw is ready to take on the challenge of developing American players as he has thousands of ball carriers throughout his career – head-on.

“A lot of [American players], it’s almost their second sport. They grow up playing something else, and that doesn’t quite go to plan, and they think this is quite an attractive game as well. It will be about finding ways to get guys playing younger.

“[In England] we’re picking up a rugby ball and running around and kicking and playing for mini clubs under-eights. Those basic skills are embedded in you.

“It will be about helping those younger guys in the community, and coaching, and things like that. So, it will have that knock-on effect over time, help the Legion side from there.”